A Switch in Time Saves Nine: FDR, The Supreme Court, and the Constitutional Crisis of the New Deal 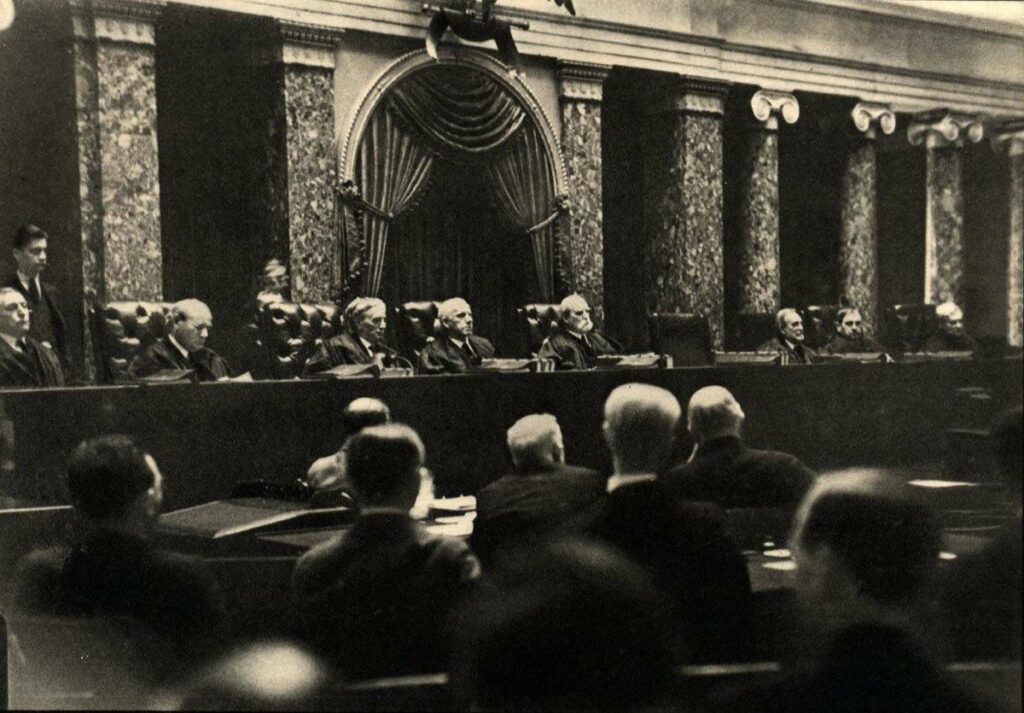 In 1932, America faced the Great Depression. President Franklin Roosevelt came into office promising bold action to deal with the economic emergency – FDR’s “New Deal”. But was it constitutional? In a series of decisions, the Supreme Court ruled against Roosevelt, saying that some of his important programs violated the Constitution. In response, FDR proposed to “pack” the Court, enlarging the number of justices from nine to many more. What were the arguments over the constitutionality of the New Deal? And what was the showdown between the President and the Court over FDR’s “court packing” scheme? Does it give us any insight into our situation today, when there is again discussion of increasing the number of Supreme Court justices?

Join Ashbrook’s Executive Director Jeff Sikkenga as he discusses the constitutional crisis of the New Deal with two experts, Dr. Christopher Burkett of Ashland University and Dr. Anthony Kreis of Georgia State University College of Law. This webinar is the third in a series on “Moments of Constitutional Crisis” sponsored by Ashbrook and the Center for Civic Education.